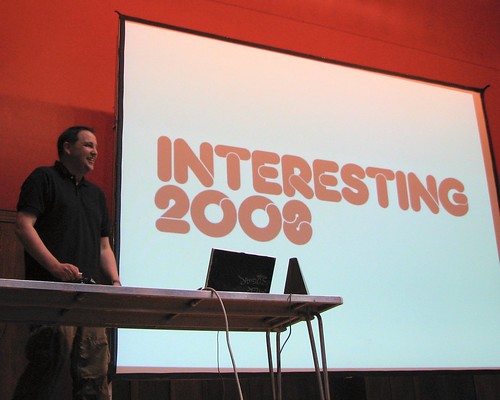 Yesterday was the awesome Interesting2008 organised by Russell Davies. Roo had told me all about last year’s Interesting2007, so I was very much look forward to it - and I wasn’t disappointed.

The talks covered a diverse range of subjects and they were all interesting - as you would hope for such an event. Here are some of my highlights of the day.

Roo opened with 3 minutes on Lego. With 30 slides playing through behind him, he even remembered to breathe. A great start to the day. Roo has now posted his slides with audio on slideshare.