The whys and wherefores are here. 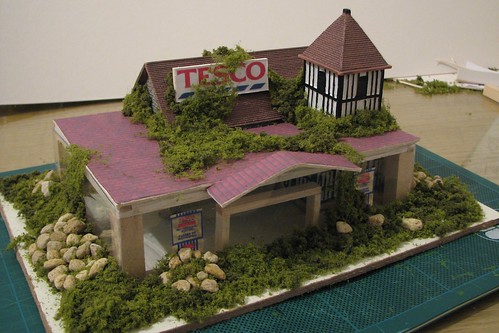 …even the quiet village of Lyddle End was not immune. When the Church was forced to sell the property due to its own financial collapse, it was bought by one of the few international retailers remaining. However, it did not last.

People had been badly affected by the collapse. It led to a huge backlash against faceless corporations and many people turned to the more traditional, local, retailers. When the Holy Trinity store proved to be no longer financially viable it was shutdown.

The village council decided to leave the site untouched as a reminder of the hubris of an earlier age. 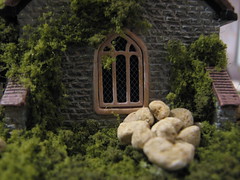 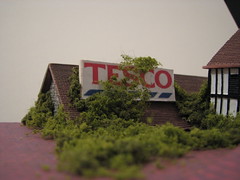 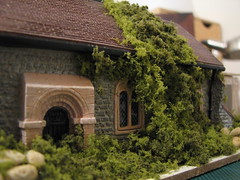 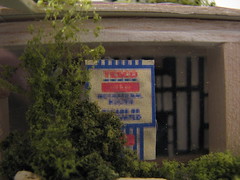